Goodbye, Sum of all Thrills

Sum of All Thrills and StormStruck have closed at Epcot's Innoventions.

The Sum of All Thrills and StormStruck, two exhibits within the Innoventions area of Epcot, closed for good on Tuesday, a Walt Disney World spokeswoman confirmed.

Their exit leaves Innoventions East with Colortopia as its one remaining occupant.

The exhibits of Innoventions West closed this spring, although some character meet-and-greets are still inside the structure. Walt Disney World has not announced future plans for the space. 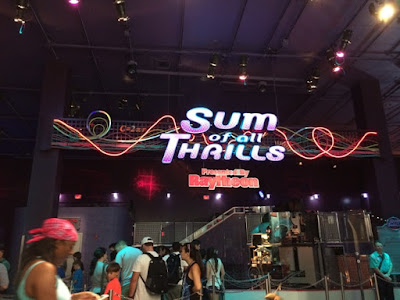 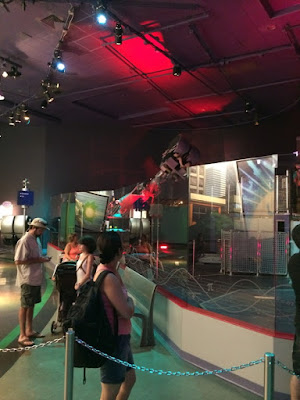 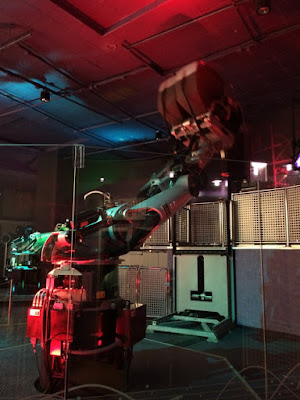 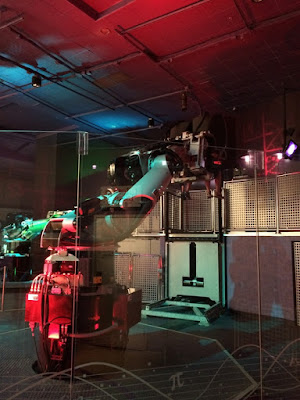 Disney, of course, will remain mum on the future plans for Innoventions. Rumors swirling around the 'net indicates everything from remodeling of the interiors of both Innoventions, to outright bulldozing the area to build new attractions. Who knows. But they must be up to something, because Sum of All Thrills have been they most popular attraction in Innoventions. In fact, it was the only reason (other than to use the bathroom or to cool down from the outside heat) that I go into Innoventions East.

I'll miss Sum of all Thrills. As a physicist and a physics instructor, I thought it was a neat way to illustrates mechanics, especially the conservation of energy principles. Of course, the whole thing is done way too fast for one to pay attention to these principles, especially when one is at the design stage in front of the large touch screen.

I don't know if Disney is going to mothball the ride, or dismantle it, or worse, discard it. But wouldn't it be nice if they donate them to a science museum? Being in the Chicago area, this will be perfect for the Museum of Science and Industry here where exhibits on basic physics are still not as prominent as they should be. They don't even have to do that much modification other than extending the time it takes to design the ride and to explain a bit more of the physics involved.

I can only hope this right will resurface elsewhere.