It has been announced that Jim MacPhee will retired from Disney after 42 years.

He was warm, gracious, and generous with his time when I encountered him during Epcot's 25th Anniversary as part of Celebration25 group. We were having our walking tour of various attractions at Epcot when he stopped by to visit with us and chatted.

This was the day before the official Epcot's 25th anniversary. 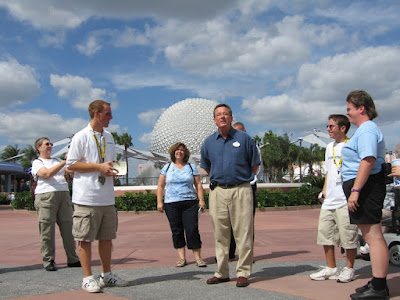 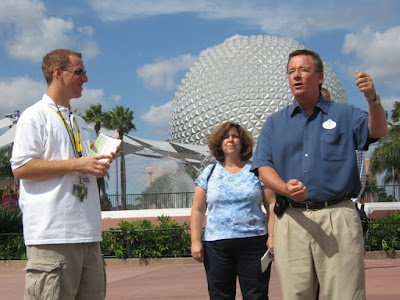 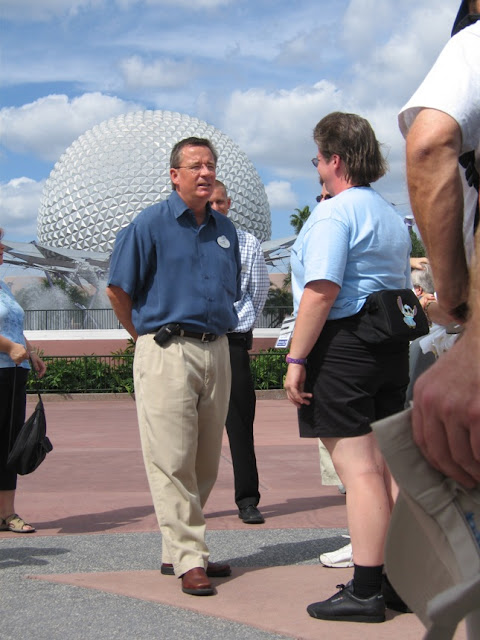 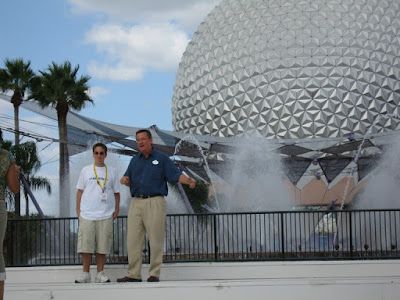 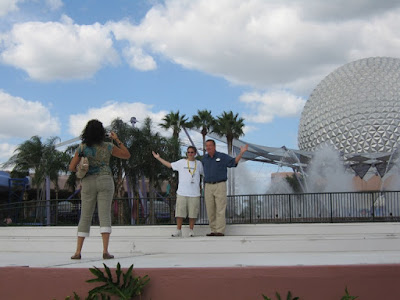 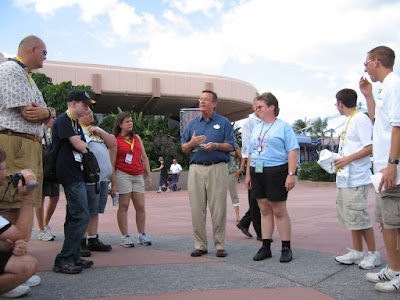 He also revealed the park map that would be distributed the day of the celebration, so we all knew that we would have to get one (or more) when we showed up the next day. 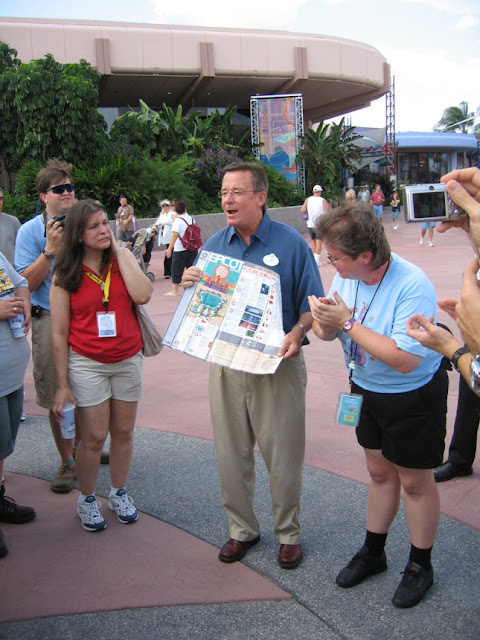 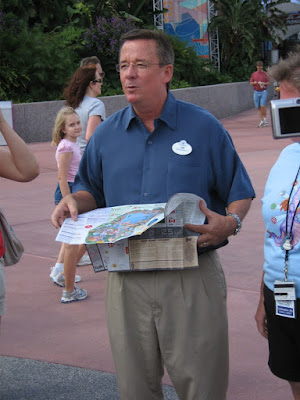 The day of the celebration was centered over the fountain of nations (now gone). 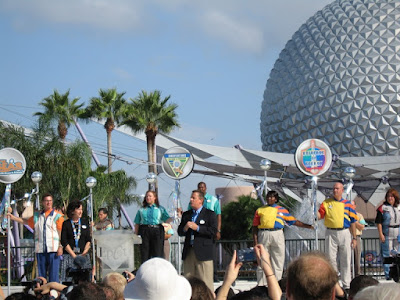 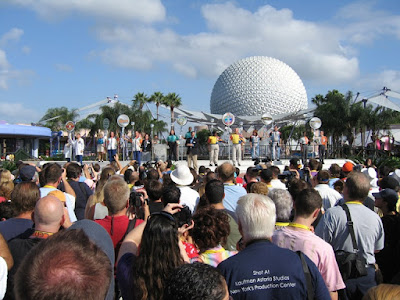 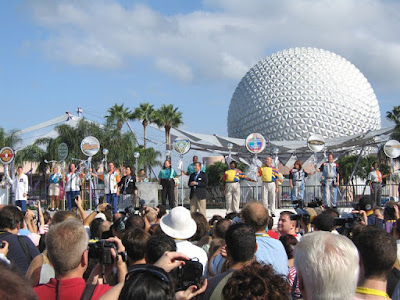 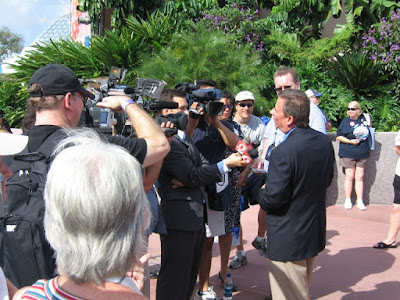 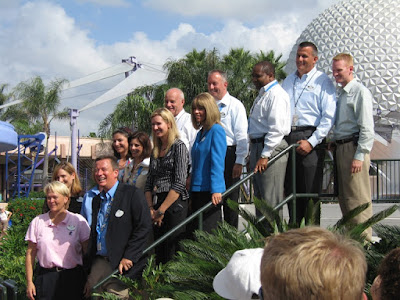 At the end of the ceremony, he and the Disney Ambassadors at that time took a photo with our entire Celebration25 group.

We had a special area to watch Illuminations that evening. Even though it rained, we had a great time. The Disney parks people sent us ponchos and ice cream. And as a final surprise, Jim MacPhee actually came over to check up on us before the evening ended. 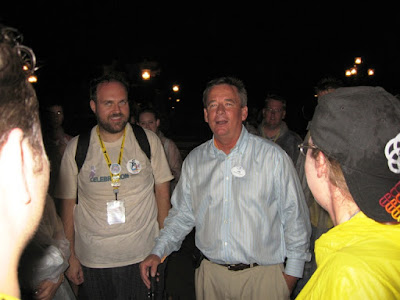 His presence and acknowledgement of us made the day even more special. Not many (if any) Disney executives would go out of their way to greet die-hard fans like that.

I did a short video on the that fun time:

Have a wonderful retirement, Mr. MacPhee. Thanks for giving us such wonderful memories!