Virtual Porthole on the Disney Dream

One of the most fascinating thing about the new Disney Dream cruise ship is the virtual portholes that are available in the inside staterooms. This is what we had on our last cruise about a week ago. Besides having a live camera looking at the front of the ship, periodically, there were various Disney characters that made their brief appearance on the virtual portholes. You have to be ready just at the right time to capture them.

This is the virtual porthole when we were docked, I think, at Nassau. 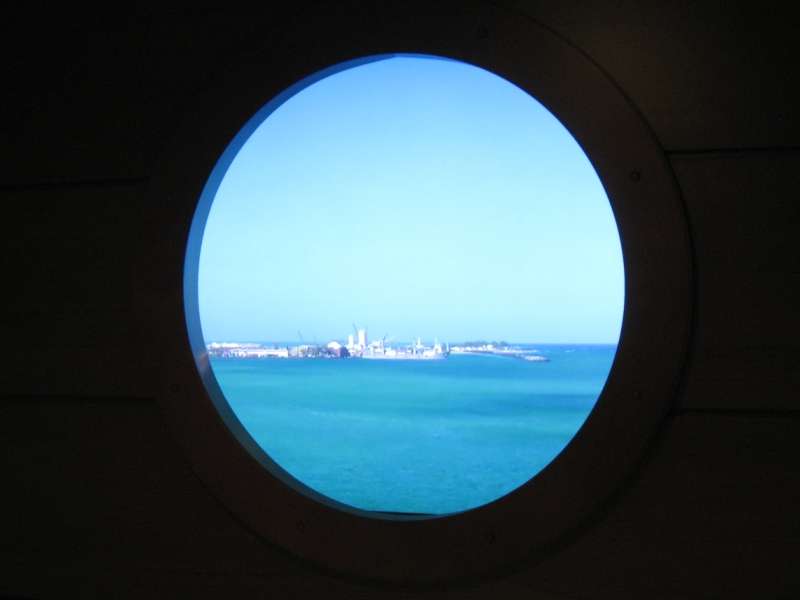 And here are the various characters that I managed to capture with my camera. Some appeared for a long-enough time to snap a few shots, but others were quite fleeting.

The first one is Peach from Finding Nemo 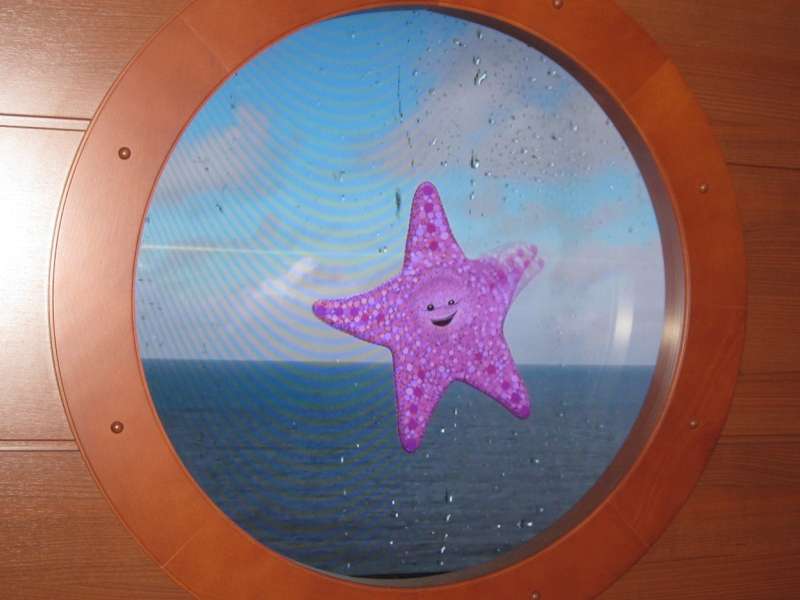 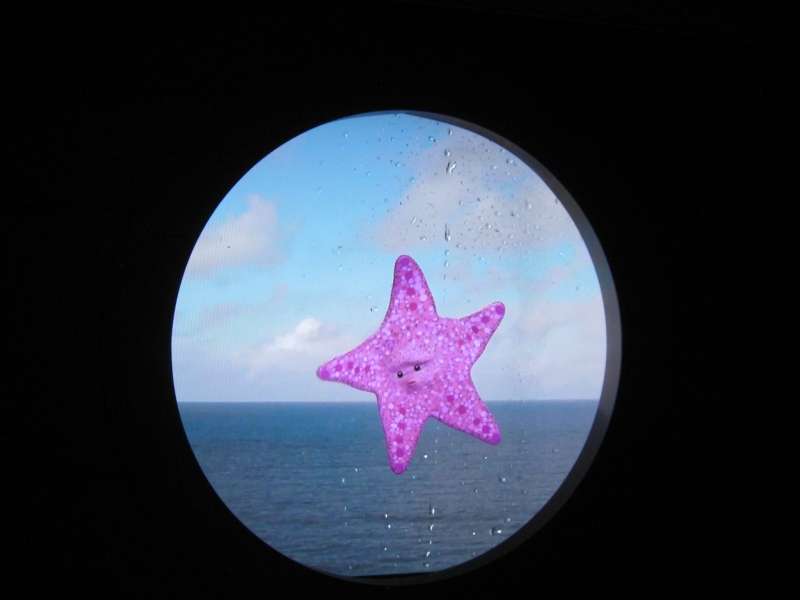 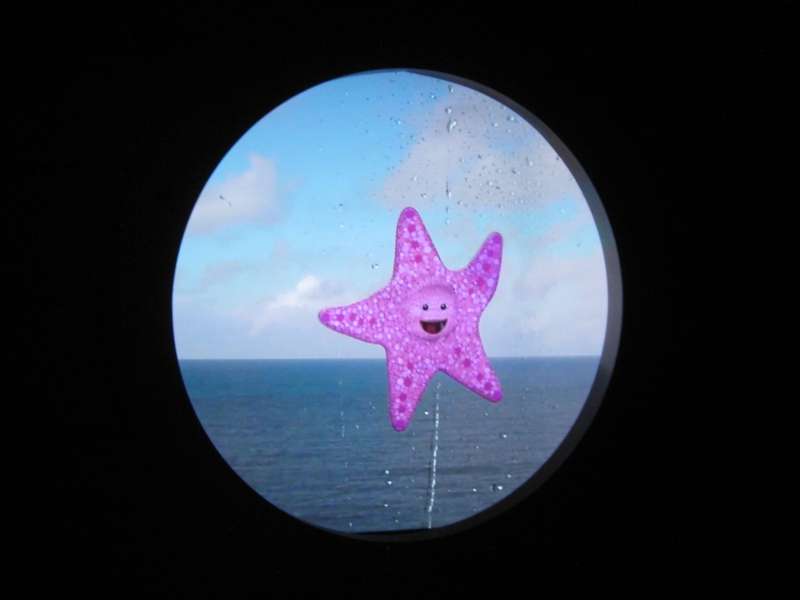 This is the lovable Pooh Bear 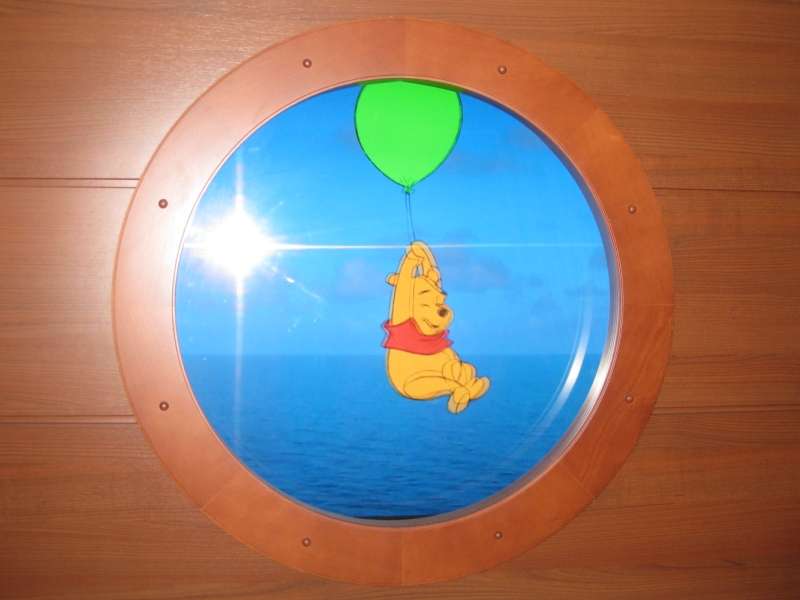 Goofy also made his appearance 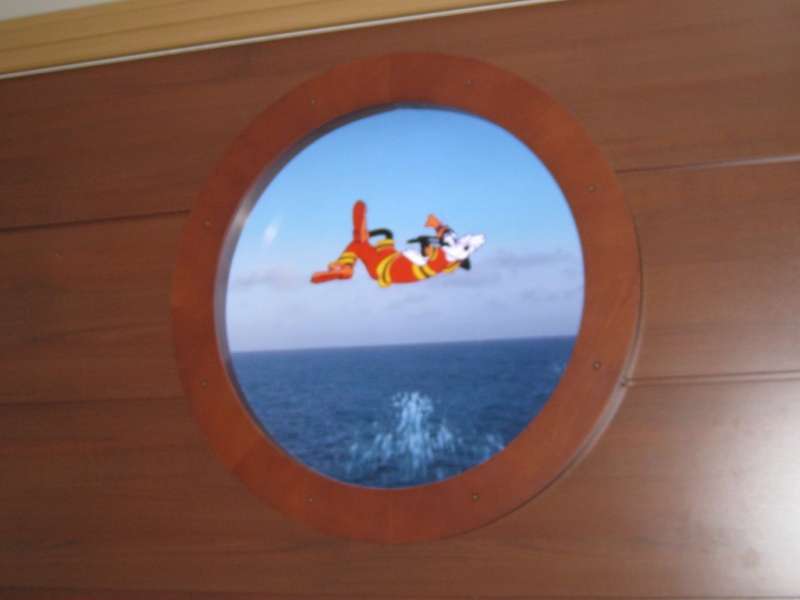 Gimini Cricket was difficult to capture because he was moving pretty fast, and was there only for a very short period of time. 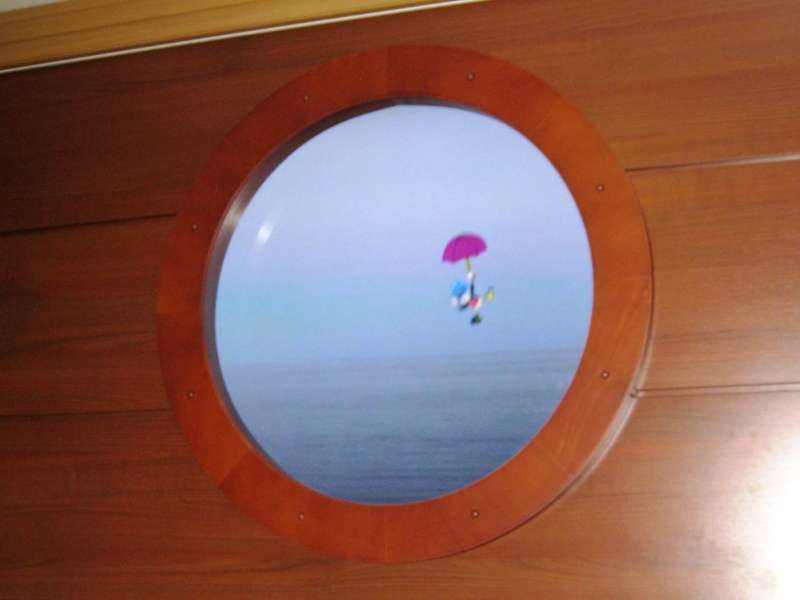 But the best of the whole lot that I did see has to be Carl from Up. The multicolored balloons appeared first, floating upwards, and then you see Carl floating up with it. I wasn't fast enough to capture the balloons, but got most of Carl. 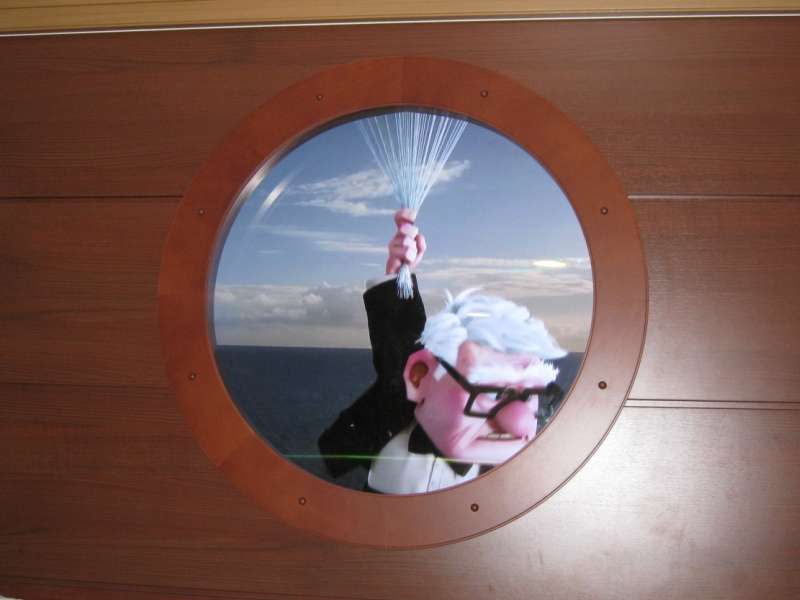 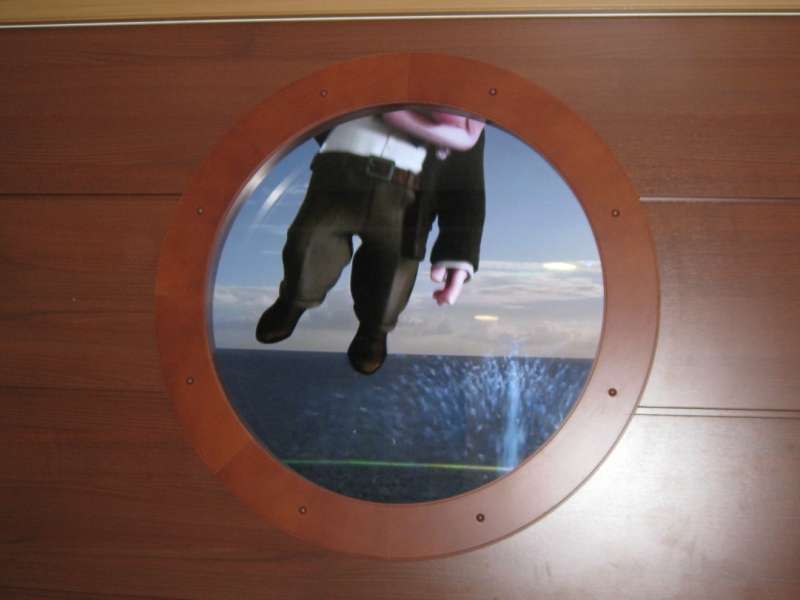 It was a fun cruise even if we just stayed in our room! :)

Thanks for more great pics, Zz!

I'm planning my 50th birthday celebration for Sept. 2013, and I really am thinking of doing what you and your friends did with a park and cruise combo.

We've never been on a cruise at all, and I really think the only one we would do is a Disney one.

Those virtual portholes make me laugh. I was all set to spend the extra money for an outside room with a balcony, but now I'm rethinking that.

Anything you wish you would have done differently or any planning advice you would pass along?

As for planning advice, I have a good one for you, but I'll show you what I mean in pictures. I'll post something some time soon.